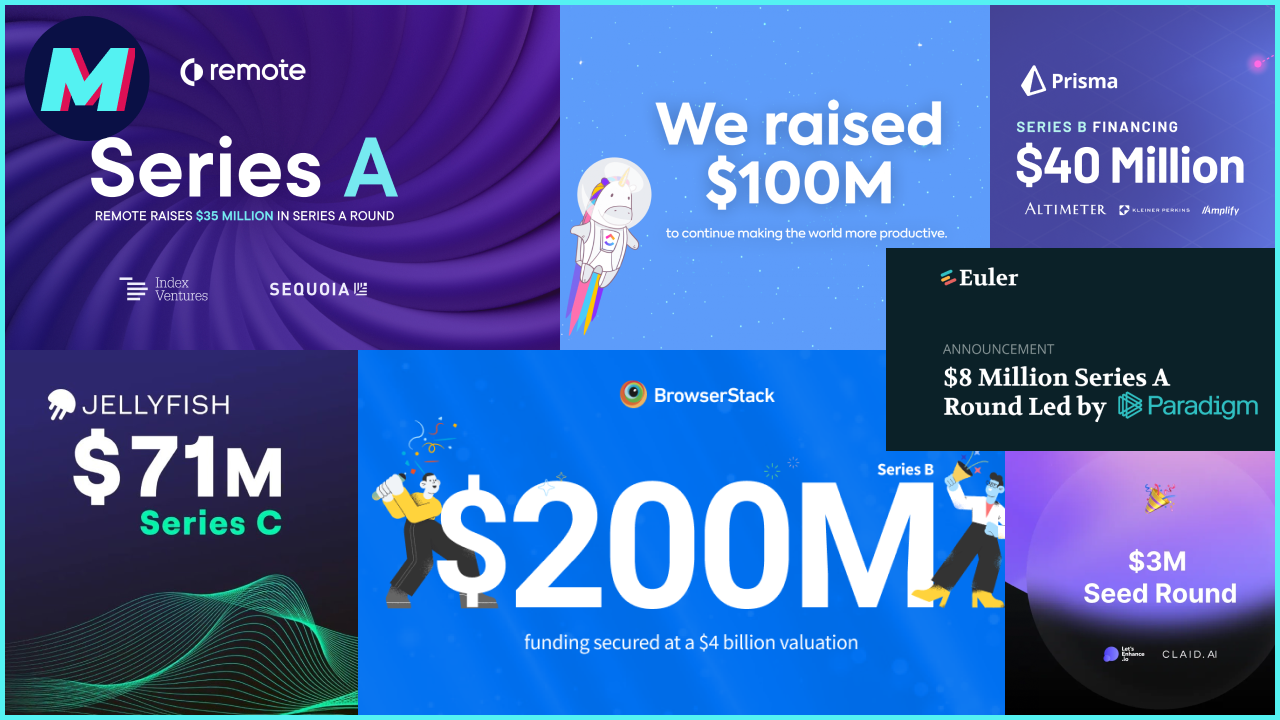 If you browse tech or startup news sites then you’re bound to come across headlines like: “New York FinTech Startup raises $20m in a series A”. But what does this news mean? And more importantly, how can you use the information to your advantage to jumpstart your tech career?

Let’s start by briefly outlining how startup funding works. We know a startup is a newly formed tech company that intends to grow large, quickly. But this growth is expensive – you need to hire engineers and designers, pay marketing expenses and so on. Most startups are not profitable so they will try to pay for their ongoing expenses by taking money from external investors in return for a percentage of equity in their company. If all goes to plan, that equity increases significantly in value by the time the company “exits”, or reaches a liquidity event, at some time in the future.

In the startup world most investment comes from venture capital, a form of private equity that is prepared to take on the high-risks associated with startups in return for higher potential rewards. Of course, venture investors don’t simply wire cash to companies at random times to spend as they wish (it may seem like Softbank does, but we can think of them as the exception that proves the rule). Instead, companies tend to raise increasingly large amounts of capital at relatively well–defined stages, and these stages often align quite closely with the company hitting growth targets.

The common funding stages are:

Each funding round is a milestone achievement in a startup’s life so they are a great opportunity for some free press for the startup and their investors. It’s very common to hear about new investments in the tech media, on sites like Techcrunch, or on platforms like LinkedIn.

Okay, this is all fine but why should you, as a professional looking to move to tech, care about any of this?

Because a startup at one stage of the funding cycle is a very different beast compared to a startup at another stage. If you want to take advantage of their funding announcements then you need to understand what this funding represents. A company’s priorities, the level of risk associated with working for them, the types of projects their employees are working on – all of these will change depending on where they are in the life cycle. One company might be building their first product and developing a go-to-market strategy, while another could be scaling up their enterprise sales team or looking for potential acquisition targets.

We have a free in-depth guide that covers the differences between startups at each funding stage, so I won’t go through them all again now. Instead, let’s look at some ways to use venture capital funding announcements to your advantage when you’re looking to move to a tech career.

How to kickstart your tech career with funding announcements

Look for job listing at companies that have just raised money

There are two reasons to do this. The first is obvious – if a company has raised money to spend on increasing their headcount then there will naturally be more positions opening up within the company in the coming months. If you are proactively seeking out these companies you can apply early for roles, or if you’re really committed, you can start working your professional network to see if you have a better way into the company.

But there’s another benefit to following companies that have recently raised capital – you can use the announcement as a source of data. Most private companies are very hesitant to give out internal data (they don’t want to help their competition). But investors do have access to this confidential internal information and data before they decide to make an investment. If a strong investor has chosen to go ahead with an investment then you may choose to use that as a positive signal of the company’s future potential.

If you’re moving to tech from consulting, finance or similar then you’re probably going to be looking for roles that make the most of your existing skills and experience – business operations, corporate development, corporate strategy etc. These positions generally only exist in companies that have reached some level of scale. It’s logical – a seed stage company isn’t going to hire a corporate development team to investigate potential acquisitions when they have $1m in the bank. You can use the information from funding announcements to narrow down your job search to companies that are at the right scale for your chosen role (if you’re unsure which role is right for you, check out our free guided learning path: How to choose the perfect tech career).

On the other hand, if you're sick of consulting or finance-style work and intend to change your career to something new – say, marketing – then you may be better off looking for positions at a company that’s announced a Seed or Series A round. These smaller companies may need people to take on more “generalist” roles where they perform a wide range of tasks, and they might be willing to take a chance on someone with little experience. Of course, the tradeoff is that you generally won’t earn as much money in these positions.

Pick an upcoming brand and ride their growth wave

Funding announcements are great ways to figure out which company’s brands are rising in prominence in the public eye, and when used wisely, this information can be rocket fuel for your career. The idea is to “ride the wave”, taking a role (even if it isn’t the “perfect” role) at a company that’s growing very quickly and gaining lots of press. Your career will then benefit from your association with the brand.

The best part, and kind of the “secret” of this strategy, is that you don’t even need to be at a company from day one to benefit, which removes some of the risk that’s so commonly associated with working at startups. As an example, if you had been hired by the payments company Stripe after they raised their Series C round then many people would consider you “early Stripe” and you would benefit from the brand cache and industry status that comes with the role. But Stripe was valued at $3.5B when they raised their Series C, so they were not exactly a high-risk startup struggling to make payroll.

Two points to keep in mind

First – remember there are differing levels of risk associated with each stage of the life cycle. If you find an interesting job listing at a company that’s just raised their seed round then you know that the risk associated with working at that company is still relatively high, as most startups fail. The fact they’ve raised some funding now isn’t a magic bullet that guarantees future success. As I mentioned earlier, I have a guide that covers funding stages and their associated risks in more detail.

Second – when we’re talking about using funding announcements to find work, the key point is “recently funded”. A company may have reached milestones like Series A or C but that doesn’t mean they are guaranteed to continue growing at the same rate forever. There are countless stories of startups where growth stalled and they were stuck in an awful “no man's land” where they weren't able to raise the money they needed to try and get into a stronger position. As a potential employee it's very important to check when a startup last raised money, and how they’ve been growing in the period following the raise. If they’ve just announced funding then that’s usually fine, but if they raised their Series A three years ago and haven’t appeared to grow much since, then that’s a bit of a red flag.

Where can you hear about startup funding announcements?

Most of the startup industry websites will feature news about large funding rounds, but there are more specialized sites that feature announcements for smaller rounds or specific geographical regions. Some of these include:

If you’re currently working in consulting, finance/banking, law or operations and are interested in working in tech then make sure to check out Metamorphous. We have a growing collection of free resources designed for experienced professionals looking to change careers, including guided learning paths and in-depth tutorials covering important tech-related topics. 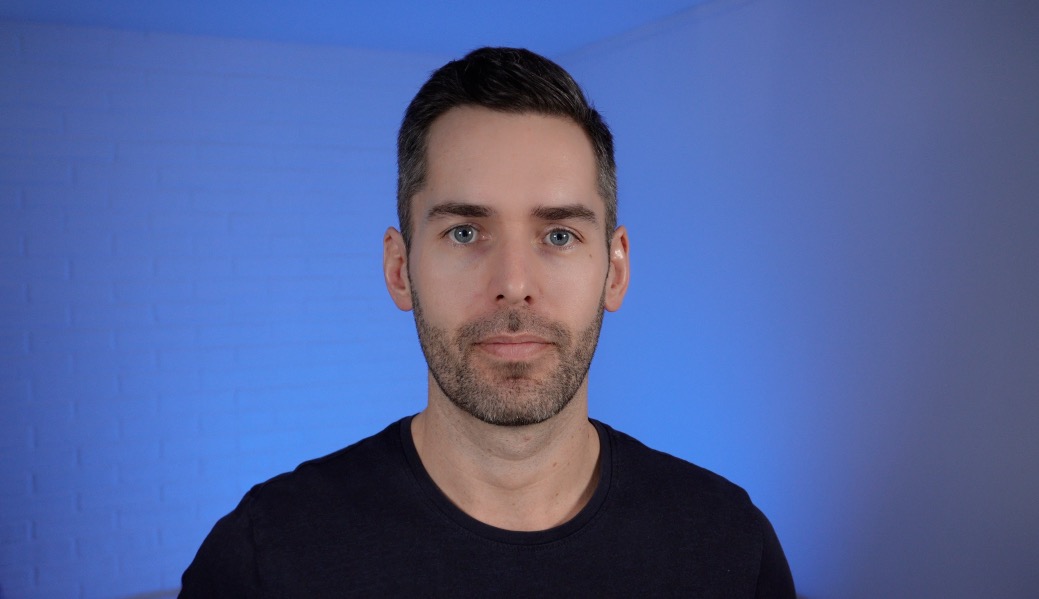 David Turnbull
Founder of Metamorphous
Since changing careers to tech in my late 20s I've worked in B2B SaaS growth and was a partner at an ecommerce company that was ultimately acquired.

You can work in tech.
I'll show you how.

Thank you! Your submission has been received!
Oops! Something went wrong while submitting the form.

Join my free newsletter. Every week I'll send you free resources & actionable advice to help you make the move to a rewarding, highly-paid tech career.

Free tech & career change resources for people who want to work at a startup or tech company.

© 2022 Metamorphous is a registered trademark of Stirred AB.
Affiliate DisclaimerPrivacy PolicyTerms of Use